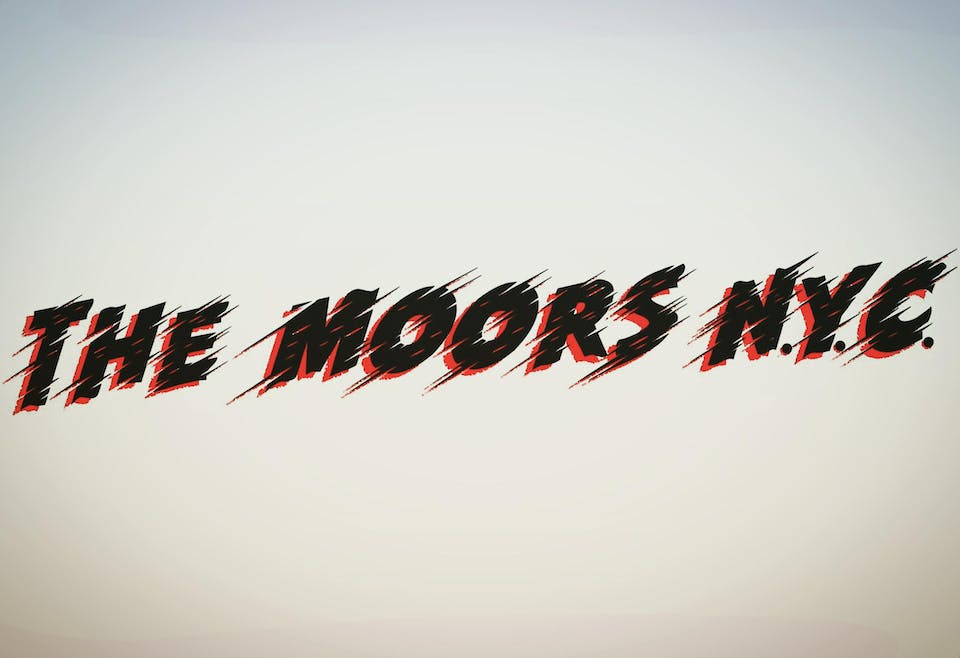 "The Moors N.Y.C. are here to bring you back to the six-string glory days of your misspent youth, immediately digging their way into your rock’n’roll psyche. It’s the music in that fever dream you once had---where you’re hanging out with Paul Westerberg and Alex Chilton, smoking cigarettes and watching the ’87 World Series in an old Bowery flophouse. Finally Westerberg pulls a cassette from his pocket, looks at you, and says, “I gotta play you this.”

Din (singer, songwriter, rhythm guitar), originally from DC/ Maryland, and whose parents emigrated from the disputed territory of Kashmir, found himself in New York City’s Lower East Side in the early 2000s. Along with his brother and drummer Mohsin, they founded NYC band Zerobridge. After a near 15 year haul, rocking their set from club to club and releasing a series of independent records including the masterful ""Louder Than All Your Words,"" Zerobridge, just missing those bigger opportunities on the horizon, called it a day. Out of its ashes The Moors N.Y.C. came to be.

Joined by legendary New York gunslinger and Zerobridge guitar player and producer, "the Guru" JP Bowersock (The Strokes, Julian Casablancas, Ryan Adams and the Cardinals, Norah Jones, Kesha); Dave Schalia (Elle King, White Rabbits) on drums; and bassist Mark Dann, The Moors N.Y.C. have picked up where ""the Bridge"" left off and have no doubt brought the goods.

"I'll Never Know" and "Trickster" are the first two singles from The Moors N.Y.C., available on all major streaming platforms. "

Venue Information:
Pianos Showroom
158 Ludlow Street
Ground Floor
New York, NY, 10002
We are closed until further notice due to the current public health crisis. We hope to return as soon as we safely can, and eagerly await the day we can reopen the doors to our Pianos community. Much Love, Pianos.